This website is declaring chicken fried steak the official dish of U.S. Route 83 — preferably with mashed potatoes, gravy and green beans straight out of a can. AKA “country fried steak,” there are many great places to have this fine dish. One restaurant is the Cattleman’s Cafe in Sublette, Kansas. Not hungry when passing by there? No problem. Order the chicken fried steak at Cattleman’s Cafe II, located in Liberal, Kansas near the corner of Highways 83 and 54.

There are many fine regional history museums along Highway 83. Scott City’s El Quartelejo Museum is surely among the best. It begins with an informative display on the natural history of the Smoky River Valley and its rich fossil beds. It also features displays about the Pueblo El Quartelejo ruins north of town and the Battle of Punished Woman Fork, the last battle in Kansas between a Native American tribe and the U.S. cavalry, which took place in the county.

As a bonus, co-housed in the same building is the Jerry Thomas Gallery and Collection. Native son Thomas is an extraordinary Western artist. The collection includes his original artwork and some of his 1800s memorabilia and guns. Open Tuesdays through Saturdays 10 a.m. to 5 p.m. in the summer. 1 pm. to 5 p.m. after Labor Day. No charge but donations are welcomed. 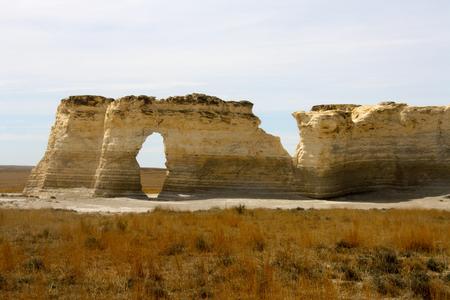 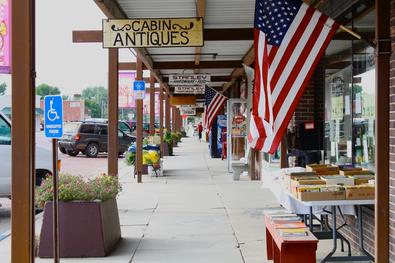 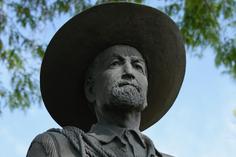 Highway 83 has bypasses around Garden City for the truckers, but travelers will want to stick with the business route through town where they can visit one of the nicer municipal parks and explore quite a bit of history.
Garden City was co-founded by C.J. “Buffalo” Jones, an entrepreneur and adventurer who set out to save the American Bison from extinction as the great southern herds were dwindling. There is a statue at the County Courthouse a few blocks west of the Hwy 83/Main Street.
At Finnup Park, south of downtown, the Finney County Historical Society and Museum has a display on this fascinating early conservationist, who went on to become the first wildlife manager of Yellowstone Park. There is also a buffalo herd on Highway 83 on a preserve south of town, but the shy animals rarely make an appearance where motorists can see them.
The town has not embraced its notoriety as the setting for Truman Capote’s “nonfiction novel” In Cold Blood. Understandable perhaps, because it involved the ruthless murder of the Clutter family, which lived at Holcomb, seven miles east of downtown on Highway 50. The Warren Hotel still stands on Main Street, which was Highway 83 when Capote and Harper Lee checked in there December 1959 to do research on the case. At the time, Lee was an unknown struggling writer, who was killing time with her childhood friend on his trip west as she was waiting for her publisher to deliver the galley proofs fro her first novel, To Kill a Mockingbird. The next time she returned to Garden City with Capote, the book had become a runaway success and she was a household name.

There aren’t a lot of what some would call “interesting geological features” on the prairie, so when they rise from the Earth, they get a lot of attention. A few minutes detour off 83 on a gravel county road about 20 miles south of Oakley and 18 miles north of Scott City are the Monument Rocks formation, also known as the Chalk Pyramids.
When exiting the county road and returning to 83, drivers will find the Keystone Gallery, a combination gift shop, museum and art gallery located in a nearly 100 year old stone building. The museum section contains an extensive, scientific collection of local Kansas fossils including a 20-foot Mosasaur and a14-foot Xiphactinus. 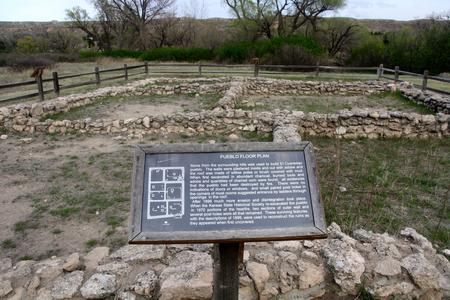 The land south of Interstate 70 is rich fossil grounds, — the remains of a vast inland sea that existed some 70 million to 90 million years ago. The Fick Fossil and History Museum in Oakley has many fine specimens along with unique works by Vi Fick, a local folk artist who took fossils such as shells and sharks teeth and incorporated them into her oil paintings.
Signs on the Highway 83 bypass west of town point the way to the museum, which is at 700 West 3rd Street.
Winter Hours (Labor Day-Memorial Day): Monday - Saturday 9am to 12pm & 1pm to 5pm. Summer Hours (Memorial Day-Labor Day): Monday – Saturday 9am to 5pm & Sundays 1pm to 5pm. Closed Holidays
(785) 671-4839.

Visit the Buffalo Bill Cultural Center along Highway 83 on the north side of Oakley for displays, tourist information, a gift shop featuring Kansas-made items and this dramatic statue of Buffalo Bill. The center is open M-F, 9-5 and Saturdays, 11-5. The statue can be seen anytime.

The story of Buffalo Bill is writ all along Highway 83. 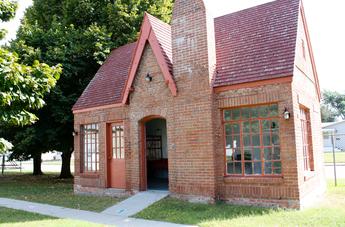 One of the most charming and vibrant towns of its size on the 1,885 miles of Highway 83, Oberlin (pop. 1,994) has a lot to offer visitors.
Unlike many western small towns, its main street has almost no abandoned buildings. There are several good antique shops and gift stores for shoppers. For history buffs, this is where Chief Dull Knife and his band of Cheyenne encountered several settlers during their desperate attempt to escape the brutal conditions they were forced to endure in Indian Territory in 1878. Drive east a couple miles on U.S. Route 36 to the town cemetery where there is a monument that memorializes the attack and the gravestones of the 17 settlers who lost their lives.
The Last Indian Raid Museum/Decatur County Museum at the end of main street has many relics from the incident and offers a balanced account of the tragedy. It also has several restored buildings from the county’s early days including a dance hall, a one room school house and a sod house.
Kudos to the museum for preserving the town’s highway heritage. It saved a 1930s era brick gas station, Paul’s Oil and Gas, from the wrecking ball. It once sat on the corner of Highways 83 and 36. It also saved the neon sign from the Bar D Bar Motel, which was also located at the southeast corner.
Open April 1 through November 30. Tuesday through Saturday 10am to 12:00  and 1pm to 4pm  Closed Sunday, Monday and holidays.

When travelers arrive in Liberal, they are about as far off the beaten path as one can get in America — if you consider beaten paths Interstates. And that’s a good thing. The city has a lot to offer visitors.
Dorothy in the Wizard of Oz has been adopted by the town and Dorothy’s House and the Land of Oz Museum is a spot for kids young and old who love this classic film. It has several items used in the actual film including the miniature of the house in the tornado scene. Fans of the film gather every year for OZfest, which is held every year on the second weekend of October. Next door is the Coronado Museum, which has a bridle bit found north of town that has been authenticated as belonging to the Spaniards’ expedition.

Another major even is the Pancake Race, an event the town adopted from Olney, England. It is held on the day before Ash Wednesday (early Feb.). The female racers dash down Kansas Street (once Highway 83 before a bypass was built), flipping skillets with pancakes for a quarter mile. Travelers not in Liberal on that day can still stop by the International Pancake Day Hall of Fame on 318 N. Lincoln, a few blocks west of downtown. Call for opening times, (620) 624-6423.

Kansas has a rich aviation history and much of it can be found at the Mid-America Air Museum, next to the municipal airport west of town. The airport was a World War II B-24 training base. It now has some 100 military and civilian aircraft and items from NASA.
Open 8 a.m. to 5 p.m. Monday through Friday. 10 to 5 Saturdays and 1 to 5 on Sundays. Phone (620) 624-5263. 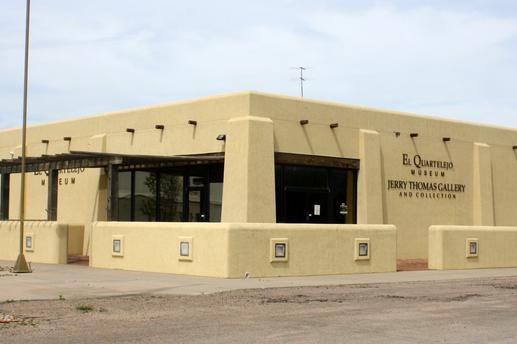 There are a second set of “Sand Hills” along Highway 83. They are found south of Garden City, but aren’t nearly as large as those found in Nebraska. Old Highway 83 cuts through these rolling hills located along the Arkansas River. The legacy road passes by some oil wells and a massive feeding lot. Look for the “Old 83” street signs to take this legacy road. 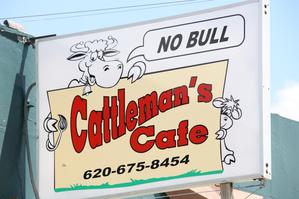 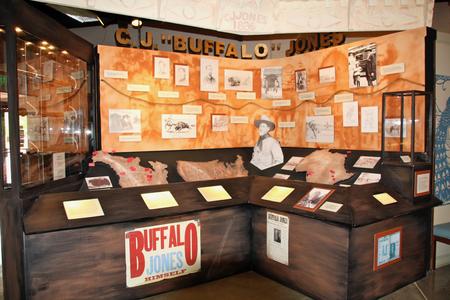 As travelers from the north enter the middle section of Highway 83, they are crossing the path of the explorer and conquistador Francisco Vasquez de Coronado, who passed through here on a fruitless search for gold in 1541. The first physical evidence of the influence of Spanish rule can be found north of Scott City at the El Quartelejo Ruins, which are a National Historic Landmark. These ruins are thought to be the structures built by a band of pueblo Native Americans from the Taos, New Mexico region who were trying to escape Spanish rule around 1696. The scenic Lake Scott State Park where the ruins reside offers camping for travelers. 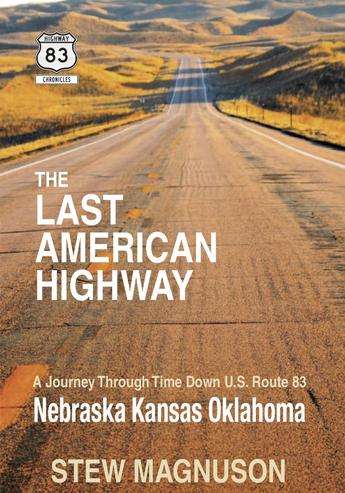 The vistas south of Interstate 70 is where fossil hunters from all over the world come to find the remnants of the Great Inland Sea and the creatures that once inhabited it.
Highway 83 has been designated the Veterans of Foreign Wars Memorial Highway in Kansas. 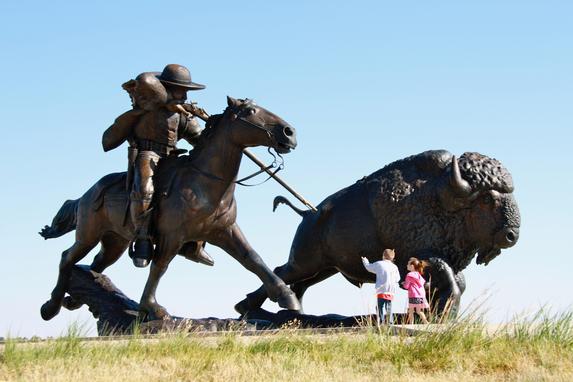 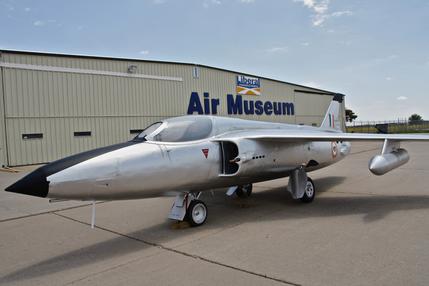 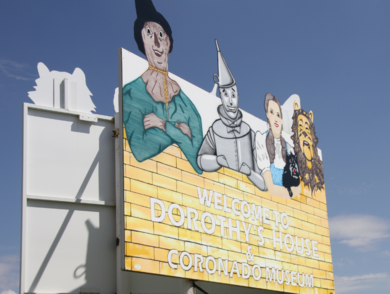