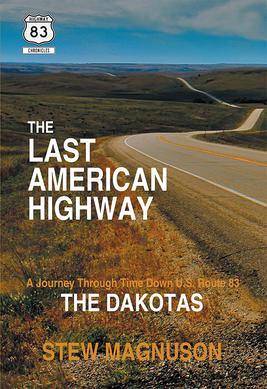 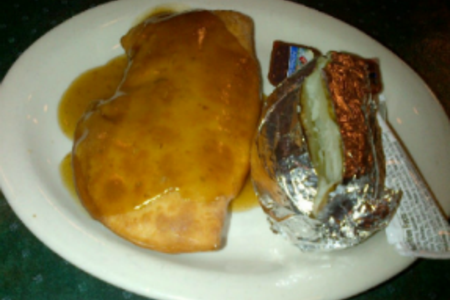 Take a musical trip down Highway 83 in the Dakotas here! 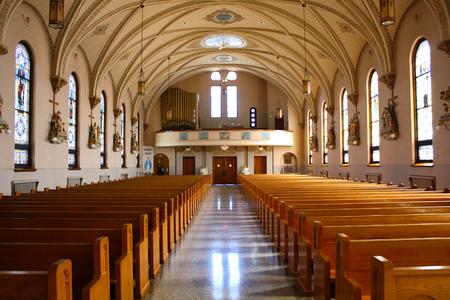 Named after the Shoshone-Hidatsa woman who accompanied the Lewis & Clark Expedition from present day North Dakota to the northwest, the lake is the third largest man-made body of water in the United States.
There are opportunities to camp along its shores, fish and do other water sports. Route 83 also skirts the Audubon National Wildlife Refuge, which is basically the lake east of the Highway 83 bridge.
Take a detour west off of either State Highways 23 or 37 to visit the Three Affiliated Tribes reservation. While the Garrison Dam was an engineering marvel, the tribes paid a terrible price after its completion.
To see the dam itself, go west from Highway 200 to the town of Riverdale.  This is one of the few towns that doesn’t owe its existence to the railroads. It was built in the 1950s to accommodate the dam’s construction workers.
The Audubon National Wildlife Refuge, administered by the U.S. Fish and Wildlife Service, was named after wildlife painter John James Audubon, who spent the summer of 1843 near here painting and collecting specimens. The refuge has 14,735 acres and some 200 species of birds can be spotted here. The visitor center has a one-mile long self-guided hiking trail and an eight-mile auto tour as well as a giftshop.
The visitor center is open year-round Monday to Friday, 8 a.m. to 4: 30 p.m., and on the weekend June, July and August, 10 a.m. to 4:30 p.m.

Coming from the north in Bismarck, the signs will tell you that 83 converges with I-94 heading east, and that for 20 or so miles drivers must take one of the dreaded four-lane Interstate. But the legacy road still exists. Ignore the on ramp and continue south through town, past the capitol building and through downtown until reaching E. Main Ave. Take a left there and follow it east. It becomes County Road 10, a reference to the fact that U.S. Routes 83 and 10 were one and the same from Bismarck to Sterling. The towns of Menoken and Mckenzie are along this road.
When reaching Menoken, travelers can follow the signs north to the Interstate. cross over and follow the signs to the Menoken Indian Village State Historic Site. This is an archeological site that is worth exploring.
The legacy road ends at Sterling. In 1926, at the birth of the federal highway system, North Dakota representatives complained that the first proposed routes had a numbered highway in the eastern part of the state and the western part of the state, but nothing down the middle. So the commissioners created Route 83, and initially laid it out from Sterling to Hull, North Dakota. So it could be said that Sterling is the birthplace of Highway 83. One could say the same for Hull. What is left of that town is now five miles to the west of U.S. 83 on a county road.

The Missouri River at Washburn, ND

The Dakota Territory Air Museum features a collection of more than 40 classic aircraft, including several from World War II. Each summer, members of the Texas Flying Legends Museum fly their vintage aircraft from the south and park them there from May to mid-July. Its collection includes P-51D Mustangs and P-40K Warhawks. The museum actively restores vintage aircraft to preserve aviation history, and includes a fine collection of photographs and other memorabilia.
Open from May to October and by appointment other times of the year. It is located a few blocks off Highway 83 on 34th Ave NE, just north of Minot International Airport.
Mon-Sat. 10 a.m. to 5 p.m.
Sundays, 1 p.m. to 5 p.m.

Just east of the highway as travelers are near the South Dakota border is Hague, a town of a few dozen residents. The town features a spectacular Gothic-style church that is on the National Register of Historic Places. If the doors are open, visitors can see that the small German-Catholic community spared no expense in constructing this house of worship. 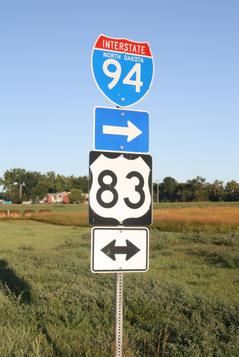 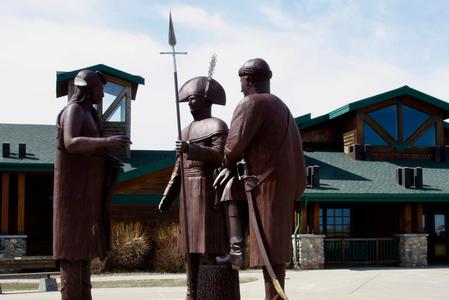 U.S Route 83 begins (or ends depending on what direction you’re traveling) just north of Westhope, North Dakota, and covers 265 miles. It passes by fields of sunflowers, wheat, Minot Air Force Base, one of the nation’s largest man-made lakes, the capital city of Bismarck, and the occasional intercontinental ballistic missile site! North Dakota is one of six states that has designated 83 as the Veterans of Foreign Wars Memorial Highway. 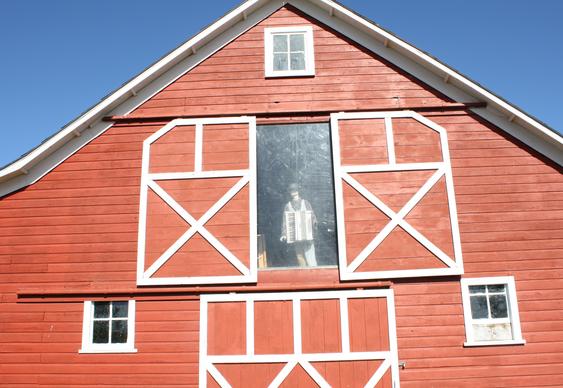 From the north, Highway 83 once cut through the center of Bismarck. Stay on this road instead of going on the Interstate, and travelers will come to the Capitol and the state’s history museum. Called the “Skyscraper of the Prairie,” the art-deco style capitol was completed in 1934.
The  Heritage Center and State Museum had a grand re-opening after undergoing renovations in April 2014, and features everything from dinosaurs to exhibits on present day life in the state.
612 East Boulevard Ave.
Bismarck, North DakotaExhibit galleries and Museum Store:
8am - 5pm M-F; Sat. & Sun. 10am - 5pm.
The Heritage Center, including exhibit galleries, is closed on major holidays.

Learn more about the history found along Highway 83 in North Dakota in the book, The Last American Highway: A Journey Through Time Down U.S. Route 83: The Dakotas. 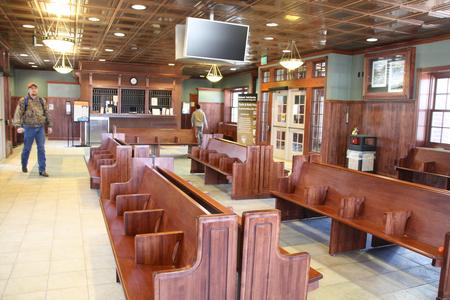 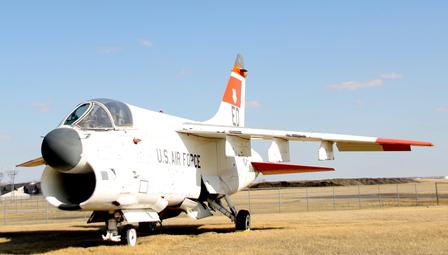 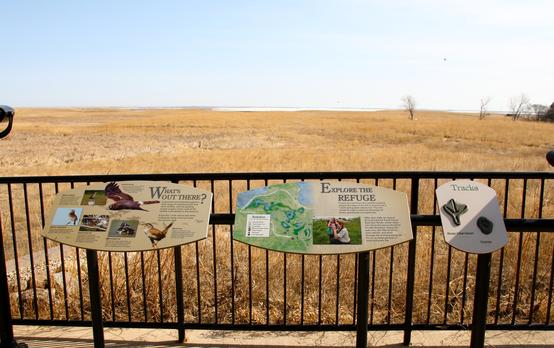 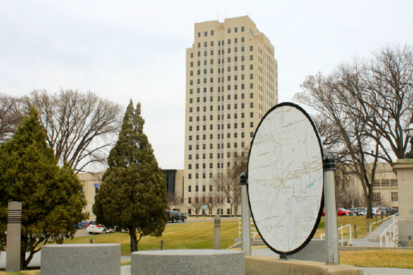 Almost every town found along the highway in North Dakota owes its existence to the railroads. Stop in at the Railroad Museum of Minot and see how rail magnates such as James J. Hill helped build the country.
Railbuffs and history lovers should also check out the Amtrak station, which in December 2010 reopened with a refurbished lobby that has been restored to evoke a passenger train station at the turn of the last century. The station is no museum, though. Amtrak's Empire Builder train (Hill's nickname) still stops here.

Highway 83 was the home of many famous Americans, but perhaps none better known than Lawrence Welk. The son of German-Catholic immigrants was born and raised on a homestead a few miles west of the highway, north of Strasburg.
The bandleader and musician became a household name with his popular TV show in the 1950s. Follow the signs to the home of his parents, Ludwig and Christina Welk. Travelers can take tours of the house and other structures.

The state recently took over administration of the site, and today, serves as a perfectly preserved homestead of its era.

It is open only during the summer season. However, visitors can walk its grounds in the off season.

To learn more about young Lawrence's life on the farm, read The Last American Highway: A Journey Through Time Down U.S. Route 83; The Dakotas.

From Bismarck on Highway 83 to the border with South Dakota is German-Russian country. German-Catholic immigrants in the late 19th and early 20th centuries settled this land and brought their dishes with them. Many can be found in the small town cafes found along the road.
An unexpected pleasure while walking down a side walk is being struck in the nose by the smell of freshly baked bread. The Novel Bakery in downtown Linton lures visitors with such aromas. The bakery is run by Mary Tschosik, a fourth-generation businessperson in the town. It sells a regional dish, kase knoeplfal, better known as cheese buttons. It is similar to other dishes that have meats, cheeses and spices stuffed inside a bun or pasta-like noodle.
German-Russian dishes in a restaurant setting can be found at Webo's Restaurant and Lounge just down the street from the Novel Bakery, and on old Highways 10-83 in Bismarck at Kroll's Diner. Try the fleischkeuchle (seen on the left), a spiced meat patty wrapped in dough and deep fried.

While there are several Lewis and Clark Interpretive Centers found along the path of their 1804-1805 journey, this one focuses on the Corps of Discovery’s first winter spent near here among the Mandan people.
Open most days. Call 701- 462-8535.

After visiting the center, travelers can follow the signs down the hills to the banks of the Missouri and visit a replica of Fort Mandan, where the party spent the winter.It is here and on the bridge on State Highway 200A, where one can see the grand Missouri as it was meant to be before the Army Corps of Engineers destroyed it underneath the Oahe and Garrison Dams.