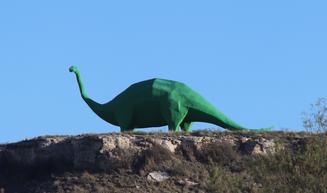 Or find in it bookstores and museum gift shops along the road.
Museum of the Plains, Perryton 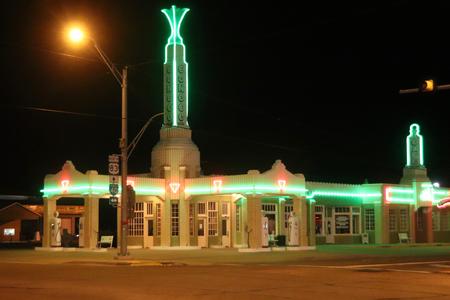 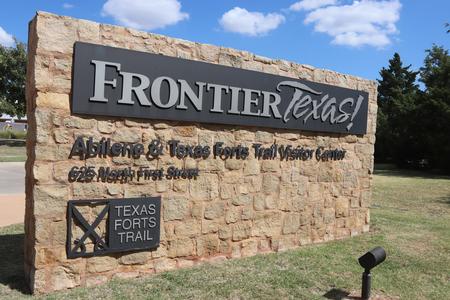 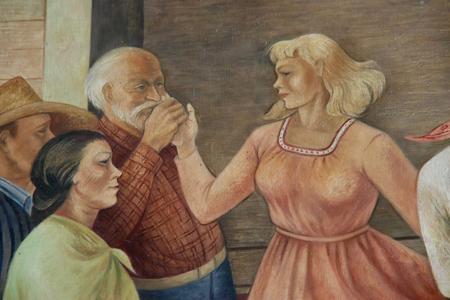 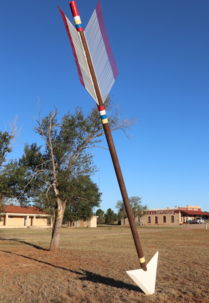 The Panhandle to Abilene

The River Valleys of 83 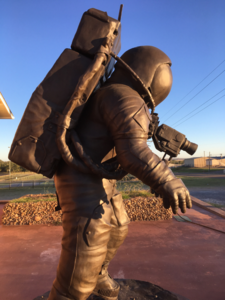 Travelers on Highway 83 in the Texas Panhandle and points south are treated to several beautiful river valleys, including three forks of the Red River, so named because of the red silt they carry from rock formations to the west.

The Prairie Dog Town Fork of the Red River between Wellington and Childress is the widest and most spectacular and the red clay meets the green tree-lined banks and blue sky.
The Pease and Brazos rivers and their forks are others worth stopping to see. 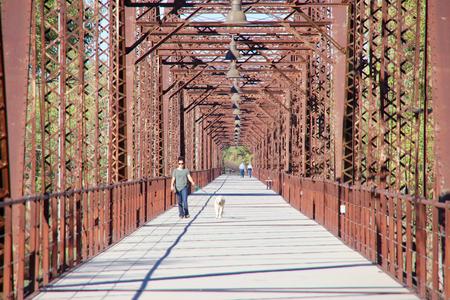 Take a trip Down U.S. 83 in Texas with Woody Guthrie.

As a highway that runs from its northern most border to the southern tip of Texas, it’s no surprise that Highway 83 at 897 miles is the longest highway in any state. (Interstate 10 in Texas is longer but Interstates are not highways.)The northern stretch takes travelers through the historic ranches, several scenic river valleys to the one of the largest cities on the highway, Abilene.

It has been designated the Texas Vietnam Veterans Memorial Highway.

Highway 83 circles the town square in Anson. The Opera House, a Texas Historical Landmark, was built in 1907. The weekend before Christmas every year, the town hosts the legendary Cowboy's Christmas Ball, where 1880s dress, dance steps and traditions are relived.
Be sure to stop at the post office just off the town square on the northeast corner where a Work Progress Administration mural of the original dance takes up an entire wall. The Jones County courthouse in the town square features a statue of Anson Jones, the fourth and final president of the Republic of Texas.  Read more about the history of the ball HERE. 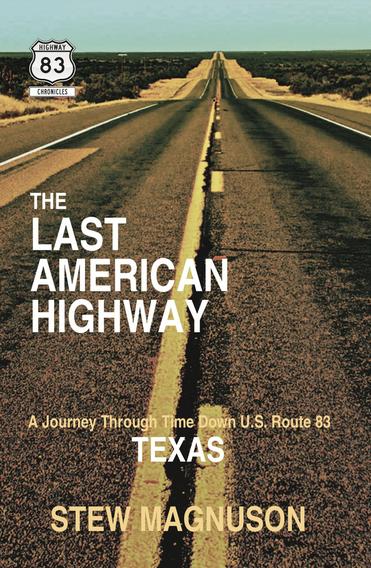 South of Shamrock and north of Wellington pull over at the roadside park on the banks of the Salt Fork of the Red River. This was where the notorious Clyde Barrow, Bonnie Parker and their lackey W.D. Jones missed a detour sign and flew into the Salt Fork of the Red River ravine. A nearby family came out to pull them from the wreckage and for their efforts were briefly held hostage by the Barrow Gang. The family was released when they nabbed two police officers and fled north with them as hostages to Oklahoma.  Sadly, this old truss bridge was demolished by the state.

The county historical museum in nearby Wellington has a few artifacts from the incident.
Read more about Bonnie and Clyde's Red River Plunge HERE.

From the north, the first town on Highway 83 in Texas is Perryton. The “Wheatheart of the Nation” is surrounded by fields of grain and oil and gas fields.

There are many fine regional history museums along Highway 83. One of the best and largest is the Museum of the Plains just north of Perryton. Th collection includes several steam-powered tractors, relics from a time when petroleum had not yet taken over as the fuel of choice. 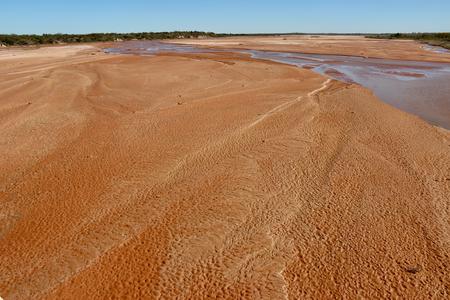 Shamrock is where historic Routes 66 and 83 meet. The old Conoco Station at the corner of these two great highways is now a Chamber of Commerce tourist information stop and gift shop. Stop in the old diner next door to see the booth where Elvis once ate!
Much of old Route 66 has been replaced by Interstates, a fate that happily has not befallen 83, but that doesn't stop thousands of tourists from traveling it every year.

Water tower enthusiasts will want to stop at the town's iconic tower on Main Street and read the history of one of the state's tallest water towers in its class.

Shamrock as the self-proclaimed Irish capital of Texas is the place to be for St. Patrick's Day. The annual celebration extends for a whole week.

Just a few blocks to the east of Business 83 is historic downtown Abilene. The highlights are the Paramount Theater. Built in an art deco style, it is listed on the National Register of Historic Places. It still shows classic films. The Grace Cultural Center, located in the former Hotel Grace at 102 Cypress Street, has a small history museum on the top floor, but is better known for its art exhibitions and children’s museum.
Tuesday - Saturday, 10 a.m. - 5 p.m. and Thursday 10 a.m. to 8 p.m. The museum is open free to the public every Thursday 5 to 8 p.m.

Also just  off Business 83, or Treadaway Boulevard is Frontier, Texas! a must-stop interactive history museum replete with talking holograms and real-life relics from the Old West.

When traveling Highway 83 through Wheeler, Texas, drivers are actually on Alan Bean Boulevard. Bean was an Apollo astronaut and the fourth man on the moon. He was born in Wheeler on the second floor of a building on the town square. He is also known for his painting of moonscapes. A statue of Bean is in front of the Wheeler Historical Museum on the north side of town. 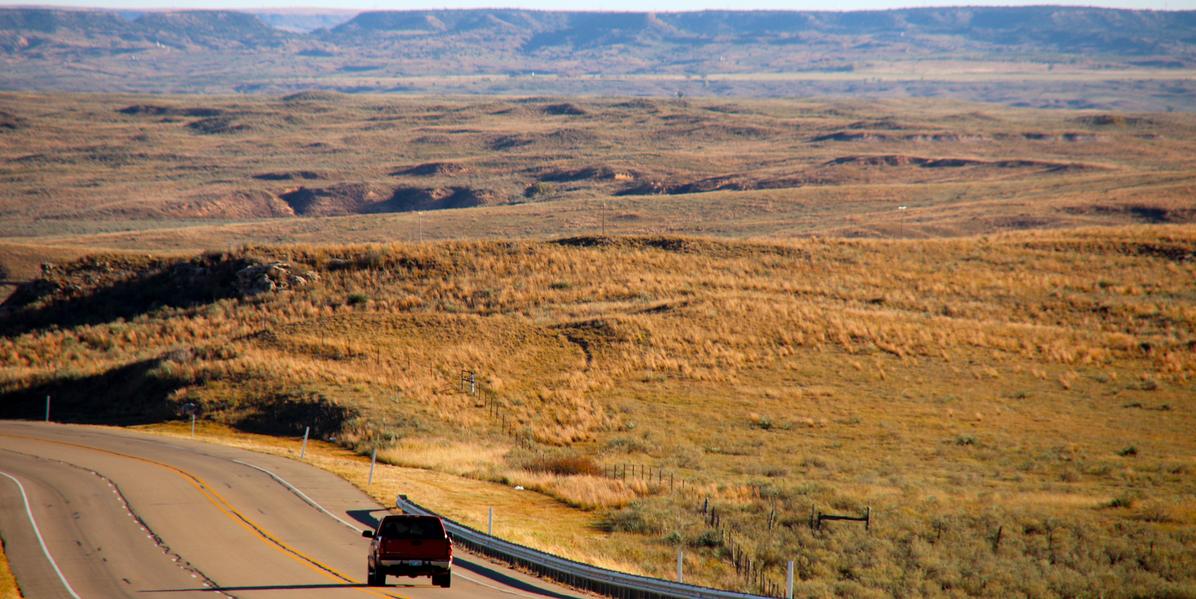 The Canadian River valley and the town of the same name is a beautiful area and a real oasis. The town has some nice antique stores , art galleries and wonderful views of the valley.
Just north of town, pull off in the city park and take a walk over the wagon bridge which once took traffic over the Canadian. It is more than a half mile long, so walking its length and back is a good way to stretch your legs after a long drive. Unlike the rivers of Southern Kansas and the Oklahoma Panhandle, this one actually has water in it.

Just south of town on a hill overlooking Highway 83 is Aud, the dinosaur, created by local artist Gene Cockrell and named after his wife Audrey, it is 50 feet long and 17 feet tall. Stop in at the Chamber of Commerce for Aud toys and t-shirts. 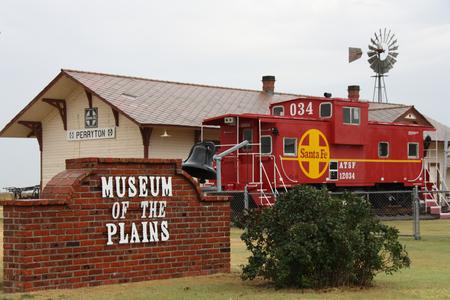